What Really Matters – With Wes Delks 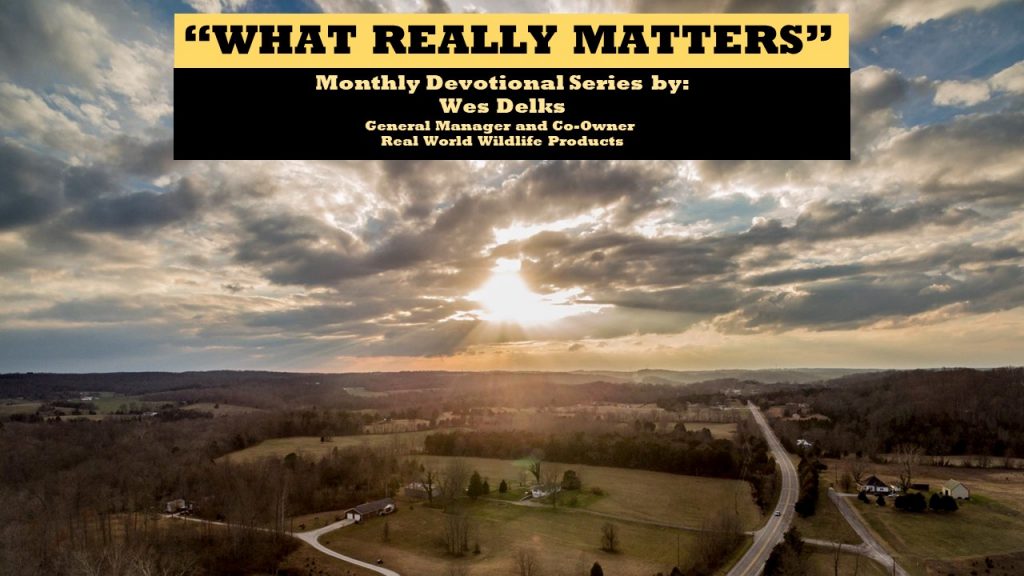 The Mark of a Mature Christian

It was a frigid, snowy evening in early January. Season was winding down. The temperatures had been in the single digits for multiple days and the barometric pressure was on the rise. I knew my Real World soybeans would be chalked full of deer tonight. It was only a matter if the right one would show up.

Before I even got settled in, a group of does was entering the plot, hours before sunset. As the evening waned, group after group of does and young bucks enters the plot. Deer after deer passes within an easy twenty-yard chip shot from my perch. There are over thirty deer in the two-acre Real World soybean plot just shredding the pods off the plants one at a time.

I’d almost given up for the evening, when I caught a glint of antler back in the timber, on the far side of the plot, where no other deer had emerged from. It was him. The old buck sauntered towards the only food source for miles and could have filed into the plot as carefree and haphazardly as the younger deer before him did. But, six seasons of human pressure and accumulated experiences had turned this beast into a deer totally different from the rest. Instead, 10 yards before he got to the plot he simply stood back in the timber and froze like a statue. On multiple occasions I’ve seen mature bucks hang up in cover and watch a food source for minutes at a time. 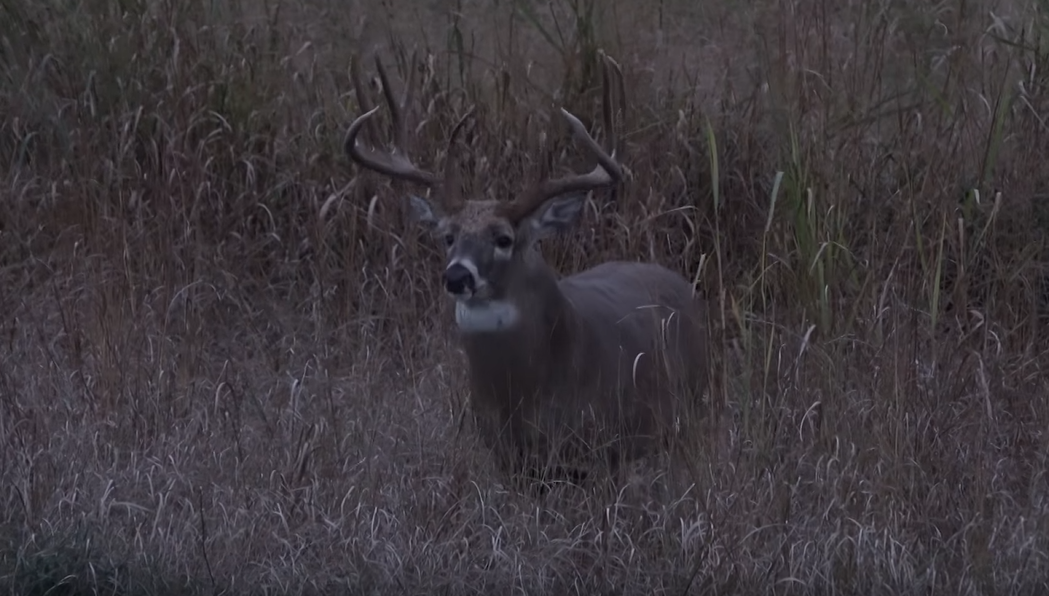 He watched the plot without moving, maybe a tail flick, or his ears would change directions as his senses inspected every noise. I sat there as seconds turned to minutes and the last glimmers of sunlight disappeared. I am confident he entered that soybean plot and fed, but it wouldn’t be in time or within range of this bow hunter.

Jesus said “By this they will know you are my followers; if you love one another”. And it wasn’t an ordinary romantic kind of love. It was a sacrificial love. Loving your neighbor as yourself and loving your enemies or those that hurt you. Jesus later said “If anyone slaps you turn to him your other cheek”. Loving people means a turning the other cheek, kind of love.

The mark of a mature Christian is how we handle conflict. Another way to say “handle conflict”, is how we treat and love other people that hurt us.  Romans 12:18 states “As far as it depends on you, live at peace with everyone”. This doesn’t mean texting an apology and letting it go or leaving a voicemail and it’s all good. “As far as it depends on you” may mean years of continually reaching out to a bitter acquaintance or making a trip across the country to let someone know your serious about being at peace with them. It means going to great, great lengths to let people know the love of Christ has filled your heart for them. Love other people, particularly when they are really hard to love. This shows God given maturity.

Recently, a very good friend of mine passed away. She was 89 and had been following Christ almost her entire life. Her actions, behaviors, and attitudes were clearly different from the majority of people. She had been shaped by a lifetime of seeking God. The joy of the Lord flowed out of her and she truly lived at peace with everyone. I hope that someday after a lifetime of following my Lord and Savior, I can reach the attitude of a mature Christian that she exemplified.

I hope this blog reaches someone that isn’t at peace with someone in their life. You may need to call an old friend or buy a plane ticket to see a family member you haven’t talked with in years. Have that tough conversation face to face, to live at peace with everyone. Love others as Christ loved you.