Since Real World Wildlife Products released the news about their new patented miscanthus variety which will be available this spring, the internet has exploded with mis-information about miscanthus. With that said,  let’s clear up some of the mis-information regarding Real Worlds new Giant Miscanthus. Then I am going to share new information on how you can create the ultimate plot screen. 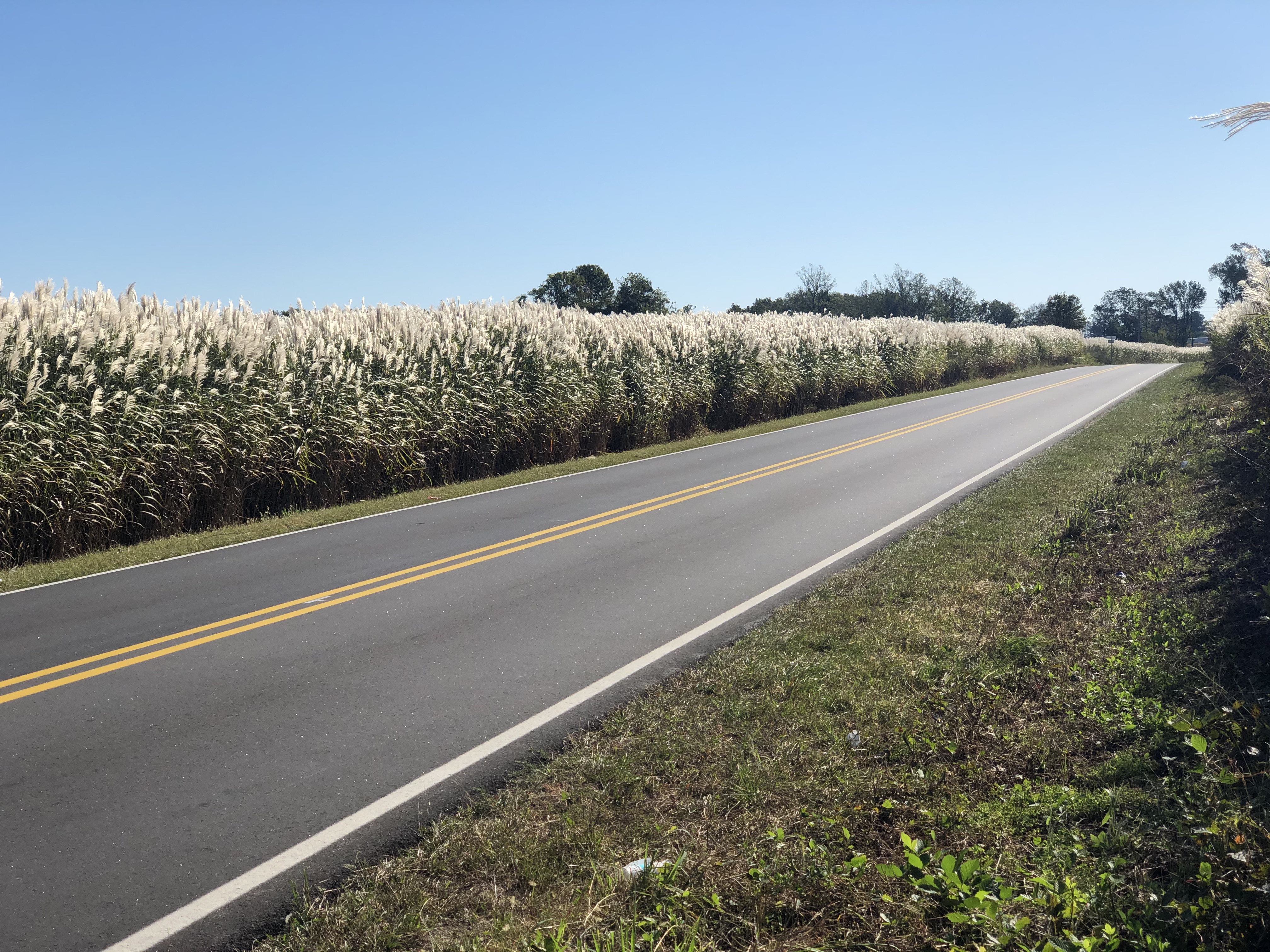 One so-called habitat “expert” quickly put out a video downplaying miscanthus as an effective screen and suggested that switchgrass is a better option. Some valid points were made in the video but it also contained plenty of exaggerations, false claims and a sales pitch for an annual screen product sold by the company that sponsors him. We take it as a compliment that others follow Real World so closely and react to our every move but in time false information will cost those spreading it their credibility. Remember, Real World has spent several years testing annual species for screening and NONE of them even came close to performing to a level that would allow them to wear the Real World label! Annual screening products not only break over every fall and fail to do the job they are promoted to do, they also require seed to be purchased every year as well as the time and labor needed to plant them each spring.

So let’s quickly look at switchgrass for screening as was suggested in the above referenced video. In some cases switchgrass can certainly be an effective screen. A lot depends on the lay of the land at the specific site where the screen is needed. If a 6’-7’ screen will do the job then switchgrass can do the trick … provided it is the right switchgrass! Real World switchgrass is taller and stands better than any other switchgrass we have been able to find and test it against so if you are looking at a screen using switchgrass, Real World variety switchgrass is certainly the best option. This probably sounds like a sales pitch and I understand many folks skepticism given all the conflicting information available but consider this; over the past several years as folks have tried Real World switchgrass and saw the results on their own properties, sales have exploded. In fact last year Real World sold out of their switchgrass within the first few weeks of the year. 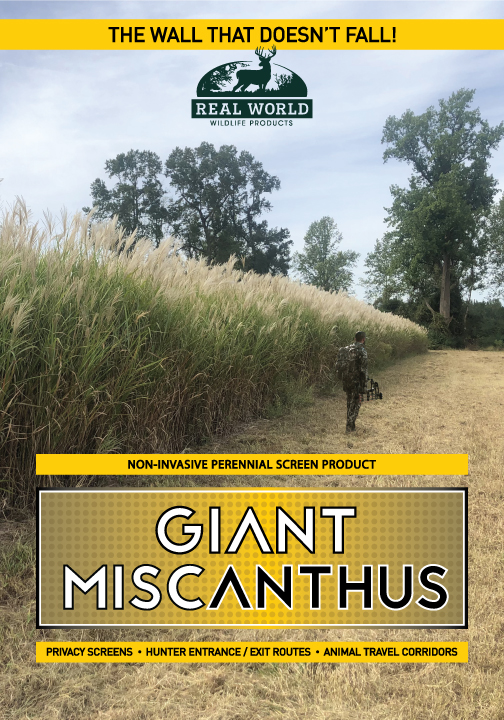 In about three years when the miscanthus and switchgrass have reached full maturity you will have the ultimate screen. The strong miscanthus stalks will reach 12’-15’ high and help support the switchgrass growing around it. I should note that weed control is important for the establishment of both miscanthus and switchgrass. If weeds become an issue, spray the strip with 2-4D which will not harm either the miscanthus or the switchgrass. There you have it; the ultimate screening option. If someone tries to discredit this idea take a close look at their possible connection to a seed company still promoting the idea that an annual screen is a better idea.