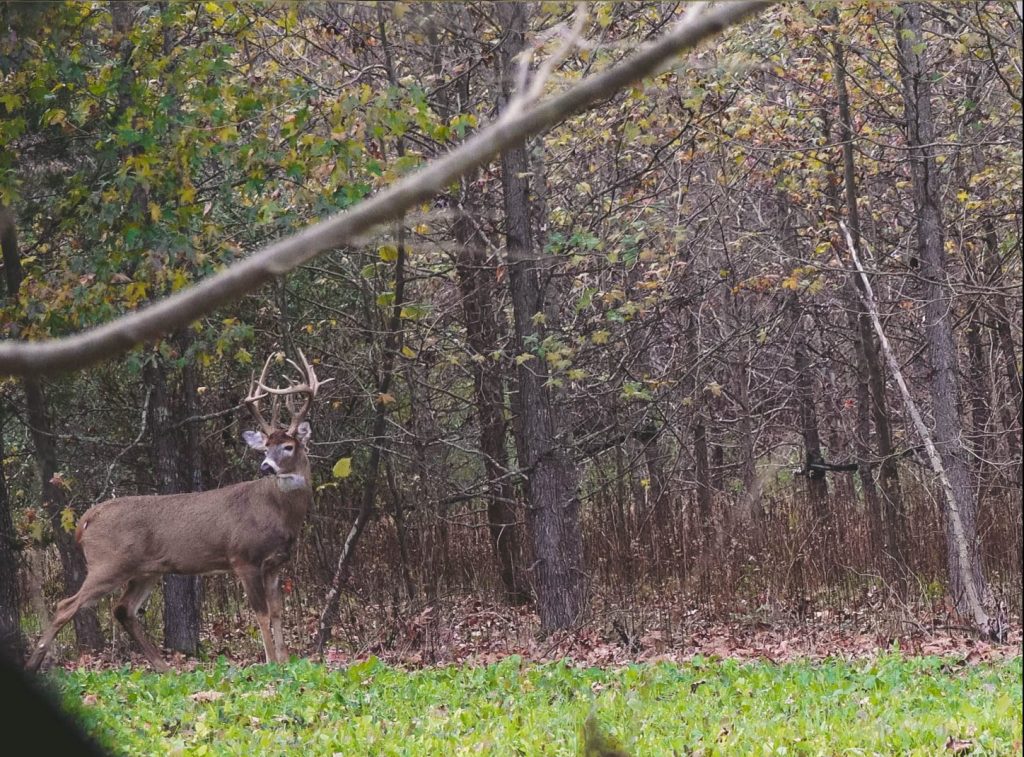 We would like to thank Josh Anderson of Lethal Mission for being the next contributor to our Guest Blog Series. We hope you enjoy the story, encouragement, and video of this Ohio GIANT! Links below on where you can find more content from our friends at LETHAL MISSION

Growing up in the South, I was always envious of the Midwest. The deer were bigger, plentiful, and the habitat was prime. Now don’t get me wrong, I love hunting the South, it’s different and in my eyes more of a challenge. But I would be lying if I didn’t say that sometimes I wish I could trade these Georgia pines for a field of corn as far as the eye could see.

Two years ago, I got a call from a good friend of mine about joining a lease in Southern Ohio, and I jumped all over it. Even though the property hadn’t been hunted in 5 years, there was a lot of work to be done in our eyes to hold, grow, and attract those big bucks that Ohio is known for. I ate a tag that first year, but I learned a lot. I went into the 2020 season with a plan, and a goal and as soon as season ended up, I went to work.

Going into the 2020 season, we had a lot of good bucks on cameras, but one in particular caught my eye, in fact I think he caught everyone’s eye that was on the lease. He was just a big freak who had all kinds of junk and character, so I named him Freak Nasty.

November finally arrived, and I was headed up to hunt the highly anticipated rut. The cell cameras were telling me bucks were on their feet, however with warm temps moving in I was optimistic. That first evening, right before dark I could hear a buck pushing a doe over the ridge right to me, and sure enough it was him, Freak Nasty. He got within 60 yards, but the doe just kept him out of range. I couldn’t believe I almost sealed the deal on the first sit, and was jacked about the rest of the week, but then the warm weather moved in.

The next two days were slow, deer moving was minimal, and I was starting to get down on myself. On the evening of November 5th, it was 75 degrees, and my gut was telling me to go sit in a blind overlooking a Real World Deadly Dozen food plot. Even though I hadn’t gotten any recent pictures of a “shooter” in this plot, I was getting a handful of does every evening, and I knew where the does were, a buck should be. When the sun was starting to fade, I could hear a deer walking through the CRP to my left, and when I caught movement, I knew exactly who it was, Freak Nasty. He cut through the food plot and gave me a 40 yard shot. My arrow found its mark and I had my hands wrapped around my biggest buck ever. This deer was a buck of a lifetime for me due to his character and uniqueness, but more importantly I learned so much from this deer, and as always, each time I am in the stand my connection with Christ strengthens and grows.

There is no denying that hard work, time, and a whole lot of luck helped me take my biggest buck ever, but intuition killed this deer for me. Intuition is a gift from God. God has blessed us with a spirit that detects us from right or wrong. Proverbs 16:25 says, “There is a way that seems right to a man, but its end is the way to death”. When we face a decision, whether it is one that is on the spot, or one that we can pray over, and talk through, go with your gut feeling. Intuition is God’s way of telling us right from wrong and can steer us away from choices we may regret. I challenge everyone to take the time and think about their next step, their next choice, and their next decision because it could be one that impacts them for the rest of their life. Whether it is a small victory as killing your best buck ever, or a decision that will affect the rest of your life, like a new job. God always has a way of telling us which way to go. Listen to Him and watch him lead your life in the right direction.

This is the awesome footage of this story as shown on LETHAL MISSION.

Lethal Mission can also be found on Carbon TV.