The Potential Is There! Guest Blog by Ty Miller from @smallacrehunting 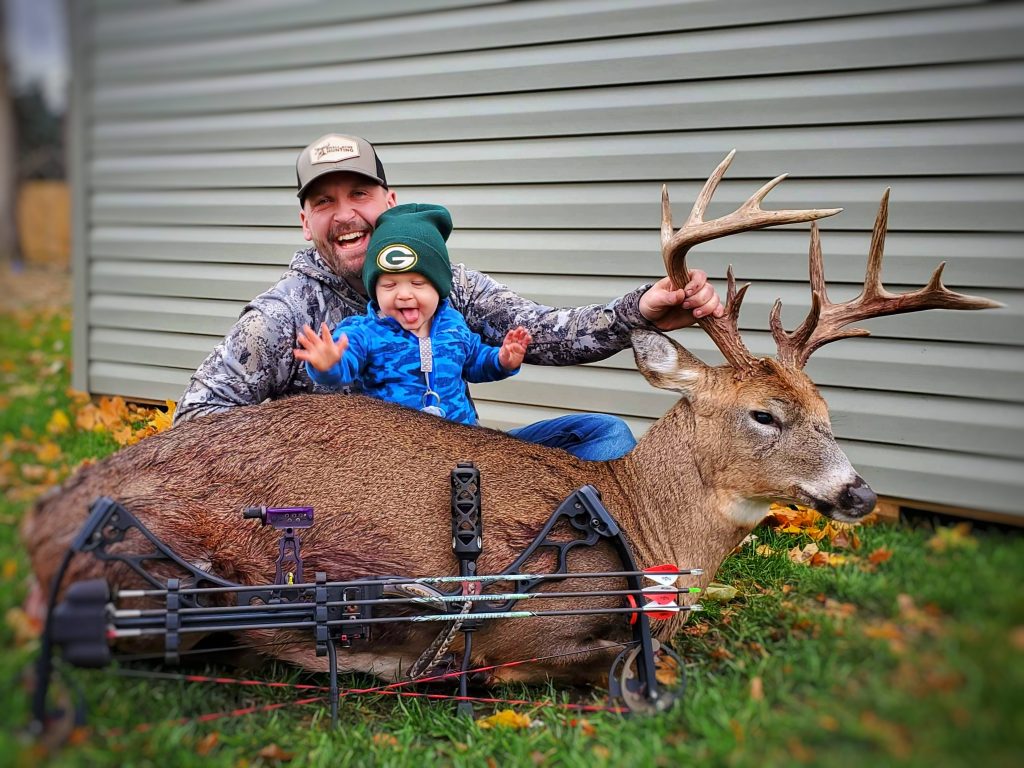 RWWP is honored to have guest blog author Ty Miller from Small Acre Hunting contribute this piece that hits home for a lot of outdoor enthusiasts. Enjoy!

I can still remember the crisp crunch of the frozen soil under my boots, as if I was walking on dried out wafers. It was late February in Northern Indiana and that typically means weather ranging from sub-zero and blizzards to 55 and sunny. The perfect time to frost seed.

I was walking through a small winding plot which to many people would be nothing more than a few pathways weaving through cover and definitely not worth the time spent sculpting it over the years. I saw it differently though – I saw it’s potential.

That small disjointed opening which originally was nothing more than a tractor trail had called to me the very first time I’d walked the property. From the beginning, that potential was undeniable and while the spot was small I had some big plans and dreams for it.

That first year of owning the property this small tractor trail that circled up and back down would see quite the overhaul. The brush hog would eat away at the edges of the trail as much as trees would allow, widening it in some spots as wide as 15 to 20 feet. Strategic cross trails were mowed open as well, encouraging lines of travel to bring deer by a stand location I was hoping would work.

A soil test was conducted and subsequently bag after bag of lime was applied; and in the fall after planting cereal grains and clover fertilizer followed.

Honestly, it is usually at some point during these applications I wonder if it all really is worth doing; the lime, the tests, the fertilizer and the time spent upon all of them.

However, often times I circle back to times where these moments of preparation and investment culminated in a harvest in a subsequent fall. After all what comes easy typically won’t last, and what lasts typically won’t come easy – and success is definitely more the latter.

That success however is a fickle thing isn’t it? We often attach it to our jobs, a hobby or perhaps a current task we’ve been asked to complete.

How often do we apply it to ourselves though?

How often do we apply it to our role as father, husband, son or boss?

When was the last time you sat down and began to analyze the deficiencies found not in your soil but in your life? Identifying the things which need elevated to ultimately provide proper growth and ultimate success?

If you’re anything like me the fruits which you’re producing, if you’re producing any at all, are few in number and low in quality. The soil which you have your foundation in is severely lacking in any kind of sustenance. The worst part though is you don’t need a “soil” test to know it; every single morning the man in the mirror seemingly tries to remind you but you ignore him.

The fact is the majority of the men reading this right now, are more apt to spend the countless hours sculpting a new food plot and hanging a new stand – but won’t have an honest conversation with a loved one about our worries or sinful pitfalls. We’ll gladly spend an entire day operating a chainsaw doing TSI work, but ignore or worse yet avoid heart to heart conversations with our children. We will go years investing our resources, time and energy in the pursuit of world class whitetails, but never once devout just a sliver of that into becoming the man/husband/father God called us to be.

You see, he knew it the second he created you there was something there. Something which none saw then, don’t see it now and may never see it…but he did, he saw and knows your potential. He has incredibly big dreams and plans for you – but you’re too pre-occupied with what you want to see or what you want to become, you’ve failed to truly begin to amend the soil with the proper inputs so you can begin to see the successful outputs your life was destined to have.

That small plot wouldn’t have succeeded had I not prepared the soil well before I even worked the soil, planted the soil, fertilized the soil and then eventually found myself frost seeding it again that crisp February morning. Every input we put into that plot was focused around the quality output we envisioned for it – its success.

What items or things are you inputting into your life that are affecting the quality of your outputs?

What steps, changes or amendments are needed to elevate the man you are just one step closer to being what you were created to be?

There are few things I know in life definitively…but one is that God is good and his grace is beyond measure, and that just like I saw that plot – He sees our true potential, and is waiting for us to finally desire to devout ourselves to tapping into it.

Ty Miller, host of Small Acre Hunting has become a respected friends of the RWWP Management team. Please go follow his social media pages, his web site, and check out his Podcast!